“Old habits die hard”. It was a deep struggle for me conforming to waste sorting systems at home and at my office in Hamburg, Germany. Simply because it is not what I grew up doing in my country, Nigeria – we dump all waste together. Waste generation is an integral part of human existence; So much so that our anatomy is a mini-waste processing engine, taking-in good nutrition for growth/nourishment while ejecting the unwanted parts in feces, urine and sweat.

For a very long time in Nigeria, all forms of waste in its entirety is rubbish that fits only for the dumpsite and landfills away from human habitation. As the population grows, so too does the heap of waste. A population of less than 46 million in 1960 at Independence is well over 205 million today (UN Population estimate). The fierce battle between waste and Nigerians has become commonplace.

Meanwhile, waste that we erroneously tagged as Rubbish is indeed Rubies in Germany, thanks to their ingenuity and advancement in proper waste management. Industries that are inextricably linked with waste management in Germany, such as recycling could compete favourably with crude-oil exploration in Nigeria_ the backbone of Nigeria’s economy. How is this achieved in Germany?

Wastes in Germany are simply differentiated as;

As the name suggests, organic waste such as kitchen waste, coffee grounds and leftover foods are sorted into brown colour biowaste bin. This category of waste is processed through fermentation to create compost and biogas.

Biogas can be deployed for cooking which is a major challenge in some remote parts of Nigeria. Lack of cooking gas has pushed the people to resort to tree felling for firewood, as a source of energy for cooking. The aggravated effects of deforestation in this aspect cannot be over-emphasized. Of particular interest is the ability of Biogas to generate electricity, one of the major headaches of Nigeria. Whereas part of the biogas is used in generating heat for homes in Germany, Nigeria as a country in Sub Saharan Africa does not have such need thus, the entire deployment of biogas for electricity would be a big boost. As a farming nation, our ability to generate organic waste is huge. Composting such waste would be of great help to our people, most of whom are peasant farmers who rely extensively on lending money to get fertilizers for their farming business. Compost would be a cheaper and healthier alternative for farming.

Inorganic waste is broadly separated and sorted into the following. 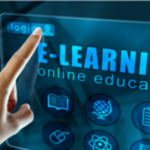