Women in daily life still have to deal with the “surprises” of stereotypes related to their weakness and that their main task is commonly reduced to the function of procreation and is less valuable than men. Such Stereotypes, especially in Asian countries, led to the signing of the “Asian and Pacific Ministerial Declaration on Advancing Gender Equality and Women’s Empowerment” in 2014.

Unfortunately, gender discrimination in Kazakhstani society is a fairly common fact, but it is not customary to talk about it publicly. This inequality leads to the fact that Kazakhstan women, as well as women in different corners of the earth, still face many obstacles on a daily basis.

What I believe needs to be done and undertaken by each one of us to address these women discrimination:

First of all, in order to achieve real and long-term gender equality, we must challenge dogma and eradicate gender stereotypes and norms related to both women and men.

One of the 17 Sustainable Development Goals is dedicated to gender equality. Despite the fact of being an independent goal, gender equality actually impacts all the 17 goals in the field of sustainable development and it is reflected in 45 targets and 54 SDG indicators in total.

Nowadays, the implementation of this goal in Kazakhstan is taking place within the framework of various UNDP and UN Kazakhstan projects. Kazakhstan, as a Central Asian country, is characterized by patriarchal foundations. Most of the problems of inequality are related to the local traditions, some of which are the cause of the stereotypical approach to women and men and their roles in society.

In Kazakhstan, a woman is traditionally obligated to perform all duties at home. It is commonly assumed that a woman cannot brilliantly cope in leadership positions as men can. According to statistics, women’s wages are at least 25% lower than wages for men. The wide representation of women in managerial government positions and in the top management of companies could reduce this unfair pay gap. It may also change the consciousness of women themselves that both genders have equal rights to decent pay for their work.

To change the actual situation, it is, of course, necessary to approach this systematically. Changes must occur not only within the framework of ongoing projects, but also at the level of laws, education, and reforms.

Moreover, reforms are also necessary for the minds of society and its representatives. Then gender equality will become a natural and accepted phenomenon. As a result of this, equal participation of women in society will become natural, which is extremely important primarily for the healthy functioning of the society itself.

In addition, the issue of women’s involvement in education and science is a separate pillar. Here, a woman sometimes encounters not very pleasant nuances of these stereotypes. Therefore, promoting STEM education (science, technology, engineering, and math) among girls and women is crucial. There are many examples of smart, interesting and successful women in Kazakhstan and other countries of Central Asia that need to be talked about. When talking and broadcasting about them it is necessary to remember a simple rule: going beyond the trivial framework when describing and characterizing women. 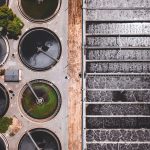 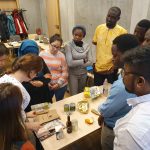