“My vision is to not let water become another oil in my country or anywhere on this earth. Every living being should have access to drinkable water and I believe ISA will play a strong role in its execution.” 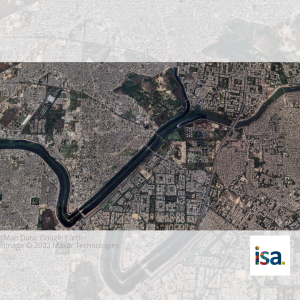 Jatin Kanojia (24 years) is the founder of Wavly, a water tech company that aims to save water in large infrastructures using automation, IoT (Internet of Things) and data. He holds a patent for one of the products that received a grant and recognition from the Government of India. He holds a bachelor’s degree in Engineering Physics with a minor in Robotics and has won 100+ awards. The commercial sustainable technology excites him the most.

His ISA project is focused to increase the efficiency of water distribution systems in cities by reducing the non-Revenue water (NRW), the water which gets lost while transportation to customers and cannot be billed. With 38 % of average NRW worldwide and 45% NRW in Delhi, India, municipalities with a limited workforce cannot monitor the 1000s of kilometres of underground laid pipelines. He wants to solve this massive problem using U.A.V technology that can detect leakages in underground pipelines without excavation. 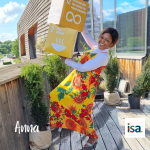 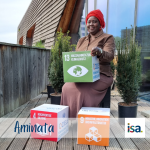