Women in STEM in Kazakhstan: It’s time to change the mindset Have you ever seen a prettier creature than the cub of a Caspian seal? His eyes are like two pearls, looking deep into your consciousness, turning and awakening your craving and love for Mother Nature.

I present to you Assel Baimukanova an environmental specialist from Kazakhstan who was once deeply fascinated by this mammal, the number of which has been rapidly declining over 100 years. The Caspian seal (Pusa caspica) is an endemic of the Caspian Sea, as well as the only marine mammal in Kazakhstan belonging to the family of real seals. The Caspian Sea is the largest inland water body in our planet that does not have a natural connection to the world’s oceans, and, by a geographic definition, is the largest lake in the world. Being a unique water body, its hydrocarbon and biological resources have no analogues in the world.

Assel is the leader of SDG-14 in Kazakhstan and an eco-ambassador from the Ministry of Ecology, Geology and Natural Resources of the Republic of Kazakhstan. She works as a specialist in environmental education, as well as an operator and video engineer at the Institute of Hydrobiology and Ecology. 4 films about the Caspian seal and two films about the Markakol lenok (Brachymystax savinovi) were created with her participation during her work in this non-profit organization. Moreover, the movie with the title “Sea of Fishing Nets and Garbage” about the collection of abandoned fishing nets and marine garbage in the area of the Tub-Karagan Peninsula on the Caspian Sea coast has recently been released.

To understand her passion for nature conservation and her challenges as a female researcher, I went asking Assel a few questions. This is what she had to say:

1.  Assel, could you please narrate your first acquaintance with the Caspian seal was?

My first acquaintance happened when I worked as an observer on icebreakers on a project and saw seals on the ice. I then realized that I wanted to get to know these fantastic animals closer and study them, as well as do everything possible to protect this unique species. Emotions and feelings were mixed. I worked as an operator and went to research as an assistant, but later I began to take part in the scientific process. I looked through binoculars and kept a record of the individuals I saw, and then I felt a sense of responsibility towards these animals.

A closer acquaintance occurred in 2015 during a study in the framework of a targeted state project. I managed to swim to a group of seals in Kendirli Bay so close that I could make out a heavily breathing seal tangled in fishing nets. It was hard to know what to do and how to behave in that situation. At the same time, it was hard to watch the seal no longer trying to get out and realize its helplessness. This was the critical moment when I realized that I had to think about how to save them.

2. Could you please share what inspired you to study the Caspian seals?

I have always been interested in studying animals. My father is a zoologist-ichthyologist, and I have had amicable relations with my father since childhood. He had studied Markakol lenok and often told me different stories from his life and about science. He often took me to small detours and research. My father always had a hope that he would be able to preserve the endangered fish species and also help people who depend on the resources of an amazing lake located in East Kazakhstan. I believed that he would succeed and I wanted to work with him. The older I got, the more I realized that every ecosystem needed protection. After graduating from university, I understood that basic research is required to maintain a separate view. This will make it possible to understand its distribution, abundance and identify threats that could contribute to its disappearance. Now I am studying the Caspian seals with my dad.

3. Could you please talk about the behavioural characteristics of seals?

It is exciting, but at the same time, it is challenging to study the behaviour of pinnipeds. What impresses me most is their curiosity, and it becomes incomprehensible who is watching whom while observing animals at a short distance in their habitat.

It is exciting to study their behavioural reactions, for example, how they react to human activity, the sound of birds and see what kind of action seals take in response. It is crucial to find out whether they leave the rookery immediately or remain following the situation and how they form their colony. Seals are usually reluctant to leave their place of occurrence. However, seals can also leave the rookery for a long time due to influential disturbance factors such as a boat sailing nearby, or people who have entered the islands. Meanwhile, the formation of a rookery is a rather lengthy process. First of all, animals try to trust the environment, and only after gathering in flocks, they form rookies in a particular place. It is essential to observe these behavioural responses to understand how the animal adapts to the changes in its natural habitat.

4.  Can you share the most recent data on the number of Caspian seals in the Kazakhstan part of the sea? What difficulties are encountered during the monitoring work?

The Caspian seal has been on the IUCN Red List in the category of endangered since 2008 (Goodman, Dmitrieva, 2017). The total population has decreased by about 6 – 10 times from the beginning of the twentieth century to the present and is estimated to range from 100-170 thousand individuals according to winter aerial surveys of 2005-2012 conducted by the International team of seal researchers in conjunction with Kazakhstani specialists (Baimukanov, 2017).

The situation today is critical. We managed to record 400 individuals when visiting the Kendirli rookery in 2015, and they were not found there in the autumn of 2018 and 2019. This seal site may disappear due to increased pressure from fishers, tourists and hunters who are active in this part of the sea.

We encounter different situations during monitoring, for example, Durnev Island in the Komsomol Bay, is one of the haunts in the North Caspian located in the shallow part and it is difficult to get to them without specialized equipment. We move on a hovercraft, which can travel short distances in the sand and glides smoothly in shallow water.

Describing my personal feelings, it was difficult for me to see the remains of dead seals, but I got used to it after a while.

In general, we cope with all the difficulties together.

5. What measures do you think should be taken at the state and international levels to preserve the number of Caspian seals and prevent their further extinction?

The main task is to preserve their habitat and occurrence. Seals concentrate on ice in large quantities in the wintertime. They mate and give birth to cubs there; however, there is a danger of meeting an icebreaker. In the first case, it crushes the seals, while in the second, it separates the cubs from their mothers. Cubs of a seal should regularly receive mother’s fat milk for the first three weeks of their life to gain weight, and only after they moult can live on their own. They are entirely dependent on the mother’s milk until this time, and if the cub is lost, then it is doomed to death.

It is necessary to prohibit shipping to protect seals during their breeding season, in these places, or introduce strict restrictions, rules and regulations. It is also essential to prevent the use of all coarse fishing nets, primarily synthetic monofilaments. Perhaps the time has come to introduce a ban on all fixed fishing nets.

The creation of a specially protected natural area for the conservation of the Caspian seals should be envisaged. Our institute has for several years recommended for the creation of a state natural reserve. This form of protection will allow the development of measures to restore the lost habitat of seals. Of course, any changes begin with awareness, and this requires the introduction of enhanced educational work among the population. It is a mistake to assume that a seal is some kind of distant animal that does not concern us, and even if we do not see them, it does not mean that the problem does not exist. There is a need for people to recognize their place in nature.

6.  Have you ever encountered gender stereotypes during fieldwork and collecting material as part of project implementation?

Yes, you often have to deal with gender stereotypes, but there are no problems with the distribution of duties during fieldwork. Everyone tries to fulfil the tasks, regardless of complexity. For example, it does not matter who does the job when we transport things and equipment since the whole team works. Sometimes we get to the campsite late, and we need to put up tents and cook dinner before dark.

Most often, I come across people’s thoughts about how a girl like me travels through the fields, crawls along the cold sand to the seals. People think that I have a challenging time. I like the practical part of fieldwork research, and therefore I answer these questions that I get great pleasure from it.

There are certain traditional stereotypes, according to which a girl should marry before a certain age. Therefore, they often ask me incorrect questions like: am I married? Why am I not married? Why are there no children yet? Why am I doing this? Why am I building a career, because the mission of a woman is to create comfort for the family, etc.? Such questions are perplexing because they are personal and concern only me and, in principle, should not excite strangers.

7.  In your opinion, how can the Kazakh governance encourage and support young ladies to be more exposed and more interested in STEM?

I believe that it would be advisable if the government financially supported additional courses (lessons) for girls in schools in areas that, under stereotyped thinking, are considered characteristic only for boys. It would be good to create camps for girls where they could gain theoretical knowledge and master practical skills. We live in a society where, unfortunately, it is generally believed that the primary purpose of a woman is marriage and the birth of a child.

Moreover, in some universities, there is still such a stereotype that if a female applicant decides to choose a natural-mathematical speciality, then she will not be able to succeed in the future. The student can be directly told that she does not have enough logical thinking to understand the technical aspects of the speciality and this can lead to uncertainty about her capabilities. Unfortunately, gender stereotypes are prevalent in our society, and there are such observations that in some sectors and areas, preference may be given to a male specialist, even if a female specialist has more advantages in professional aspects. 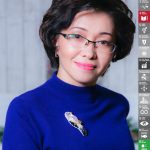